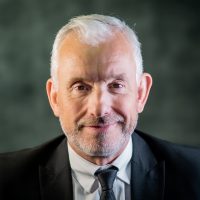 It’s often said if you travel to any of the oil and gas centres around the world you’ll soon hear a Scots' accent. That’s because the quality of our engineering expertise and excellence is recognised and admired globally.

Almost 50 years of operations in one of the world’s most technically and environmentally challenging regions has created a quality and skilled workforce that is able to operate anywhere. Likewise, the technologies and services from companies that first cut their teeth supporting activities in the U.K. Continental Shelf (U.K.C.S.) are highly regarded elsewhere.

A few years ago, Aberdeen and the surrounding area established itself as a global subsea centre of excellence. Offshore Europe 2017 heard this week that through collaboration between our universities, the industry and organisations such as the new Oil and Gas Technology Centre, we have the potential to become world leaders in decommissioning.

The UK industry’s Vision 2035 recognises the importance of exports and draws on two narratives, domestic and international, for the success of U.K. companies and the domestic basin. Optimising activity in both of these areas could help generate more than £290 billion of additional revenue for the U.K. industry over the next 20 years.

David Rennie, head of oil and gas at Scottish Enterprise, sat down with me to discuss the U.K.’s export challenges.

Now that Article 50 has been triggered, Brexit adds to the lower oil price challenge. While the long-term impact of Brexit is difficult to determine, there may be some comfort taken from an exchange rate which enhances our competiveness.

In its recently published economic report for 2017, Oil & Gas U.K. identified two scenarios: one with minimal EU tariffs and favourable agreements with non EU members, and another where we revert to World Trade Organisation rules and no new trade deals. In the first scenario, the direct cost of trade falls to around £500 million a year, while in the second it increases to around £1.1 billion.

Clearly, clarity from the U.K. Government is required, but it may be that the industry will be more affected by the continuing flux in international commodity prices rather than changes in trading arrangements.

What we have learned from the downturn