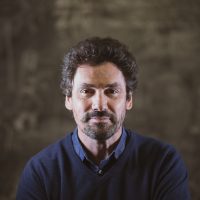 Regular readers of Five may recall the sorry tale of the demise of (fictional) technology brand CTC (‘CleverTechCo’), dumped unceremoniously by new owners MBA (‘MegaBuyAll’). Through poor brand management, compounding confused direction and leadership, a proud, engaged and vibrant group of people had withered to become a nondescript division of the corporate monolith. This was M&A at its worst. What a shame; what a waste.

Unfortunately, we left Jim ruminating that: “We did the hard graft at CTC and many people have been rewarded. It was probably the most stimulating time of my professional life, and I wonder if we can reach such entrepreneurial heights within MBA?”

Well, can the new team reach these heights, and if so, what role will internal communications play?

Now part of MBA’s Production Optimisation division, the former leadership team of CTC had a job to do. The dynamism and excitement that only a small team of dedicated optimists can know and create had long gone, along with some great people, some unprotected IP and a reputation for technological innovation and product delivery. In the face of all of these challenges, compounded no doubt by the need to comply with MBA’s corporate style and processes, why would anyone consider ‘internal communications’ to be important. Surely greater time and effort should now be invested in getting the right product out there, quickly, exploiting MBA’s global client base to make some sales and repay the investment made?

And then, as good leaders often do, Jim stepped back, and put things into some context. Twenty years ago together with Joe Riskaverse, they had built a business with a simple vision, to make and sell the best damn CunningWidget Mk1 in the oilfield. Vision One was very nearly achieved. So what, that he now sat in a shiny Houston 30th-floor corner office? Jim was sure he could define, articulate and execute Vision Two to create new shareholder value, albeit that this time, the shareholders were an altogether much larger, diverse and more demanding group. If he could inspire a new generation of colleagues through the right mix of words and deeds, surely there was a chance to make the very most of the current situation.

Taking his cue from Antoine de Saint-Exupéry’s famous quote: “If you want to build a ship, don’t drum up the men to gather wood, divide the work, and give orders. Instead, teach them to yearn for the vast and endless sea.” Jim set about building a new vision for his division. Clearly this had to be consistent with the overall direction of the corporation, but nonetheless, he wanted the new team to unite behind one sense of purpose.

Reaching out to his new senior colleagues at MBA, Jim wanted some insight into how they communicated with, and indeed motivated the diverse and dispersed workforce. The answers surprised and disappointed him. Some said that they would send out an email, or even ask their PA to do it. The occasional team meeting seemed to be the norm. Delegation (or ‘avoidance’ depending on your point of view) was all too common. Colleagues from HR and corporate comms were often instructed to craft and disseminate the message, and yet what weight did that carry, wondered Jim? Bizarrely, one colleague even wondered why the staff need to be informed of the direction of the company at all.

Jim was perplexed but determined. He wanted to treat the challenge like a campaign. After all, he now had far more members of staff than he did customers. If he couldn’t get some alignment and understanding amongst his people, what chance did he have of getting the message out there?

So Jim set about building a fully thought-through on- and off-line multimedia campaign to inspire the next generation of Cunning Widget devotees. He noted down the things he needed to communicate:

Suddenly this looked like a rather significant moment in his new corporate career. Once again, he felt he could make a difference, knowing that if he could package and communicate this compelling new story, he could inspire a new team to work with him. Perhaps not quite in the messianic mould of Tom Cruise’s Jerry Maguire in the eponymous 1996 movie, but nonetheless, Jim had had an epiphany.

And it wasn’t just emotional. Jim was all too familiar with the metrics. Better-informed staff show greater commitment, greater loyalty and better ability to transmit key messages to third parties. Cost of recruitment can be reduced, as can the cost of customer acquisition and retention. From the back of his memory he recalled a chat he’d had a few years back with his CFO. Stumbling on a significant piece of research, they had noted that if you invested $100 in 2004 in the companies that have highly effective communication (the top 25%) in five years you would have $130.

The heart and the head were in agreement. He had the pressure for change and the vision, and he felt confident in his ability to lead. Perhaps he needed some additional support and resources, but he knew he had to act quickly and decisively. Above all, to ensure his change-management programme had some momentum, he wanted to show the rewards, the rewards that cohesion and unity can deliver.

So where to start?

Jim recalled a conversation with an acquaintance at BestBrand at the time of the unveiling of CunningWidget Mk1. The communications and branding specialists built and executed a campaign around the launch of the product. Jim made a call to seek some advice on what exactly BestBrand could offer in terms of support.

Following the recent acquisition MBA’s regional directors were keen to tell the world about the business’ new-found capabilities. Thankfully, MBA CEO Erik Villdogood, (an advocate of Jim Sanguine and his pledge to drive the communications strategy forward), was quick to halt them in their tracks.

It was evident that a clear, focused internal communications strategy was required. If MBA was to achieve its potential, its global team would have to unite behind a single vision. But how?

BestBrand worked with Jim and MBA’s marketing communications manager, Frankie Mix, to map out some of the fundamentals of the strategy. The task was in articulating the story, and communicating the right messages to the right stakeholders.

In order to tell the story though, a plan had to be put in place. Frankie immersed himself in the company to create:

The goal was to build a sense of purpose, across all employee groups and to help enthuse people about the future prospects of the business, rather than dwelling on those of the past.

Initial research findings highlighted that the workforce was largely disgruntled and demotivated. This came as little surprise to Jim, particularly in light of the firm’s historic approach to communications. Some concerning (but timely) client feedback validated the need for reconsidering some of the company’s most high-profile positions.

The importance of leading from the front and being willing to create dialogue with, rather than a monologue to, staff was reinforced

To some it almost seemed that MBA was in a state of disrepair, and the findings were quickly brought to the attention of the board in a two-day workshop. Shut away in the confines of an offsite hideaway, the senior management team worked with BestBrand’s leading consultants to refine the company’s strategic direction, and what would lead them to achieve it. A considered approach was taken as to how to best communicate with MBA’s prime stakeholders – its employees. The team returned exhausted, but with a reinvigorated sense of passion and excitement for where they would guide the business.

The importance of leading from the front and being willing to create dialogue with, rather than a monologue to, staff was reinforced. Strong leadership with clear communication would be more important now, than ever before.

Change was beginning to happen, but there was a requirement for some immediate communication activity, in parallel with the longer-term strategy. BestBrand suggested a personal email from CEO Erik Villdogood be sent to all employees at the start of each week to update them of the project’s progress, accompanied by a webinar presentation on the 1st of each month, encouraging employees to participate in a live Q&A session with their CEO.

Every employee received a post-acquisition handout guide, and were actively encouraged to talk to their local post-acquisition ambassador, specially appointed across the regions and various functions. What’s more, after some initial reservations and frustrations over the departure of yet more key individuals, the board of executive directors at MBA had eventually agreed to clear their diaries and take to the road to host live Q&A sessions at various regional locations over the course of a week. This commitment displayed levels of responsibility and assurance that instilled a sense of belief and trust in MBA’s employees. Finally, the tide was turning.

But there was much more work to be done.

Rather than having to conform to MBA’s existing and somewhat woolly values, former CTC employees along with MBA staff, were also asked to be part of shaping the new culture of the combined organisations, by creating a new set of values for the evolving firm.

Little more than a month after initially engaging with BestBrand, MBA had been revitalised with a new vision, mission statement, and set of key messages for communicating to its people, as well as the new values created and endorsed internally by its global team.

Jim was proud of his efforts – particularly when he received direct feedback from the regions. A post-launch questionnaire indicated that 89% of MBA employees now fully understood the business vision, and an astounding 93% felt encouraged and positive about their future with the company. Of course, it was not before time. MBA had to deal with the loss of several key individuals before the execution of the internal communications strategy, which could have been addressed with some foresight, in a pre-deal strategy.

There may be a long road to travel, but at least now the people of MBA knew which route they would take to get there.

This case highlights a number of key fundamentals of the Fifth Ring internal communications’ toolkit, including:

How to Use PR to Raise Brand Awareness Ahead of an Exhibition.

Diana's guide for preparing for the big event.

The Role of Marketing Communications Within M&A