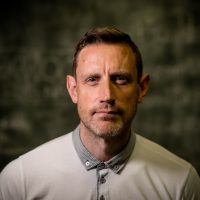 Given the current Coronavirus pandemic, clearly we need to be extremely cautious about venturing outside but if, like me, you have been out for a daily walk round your neighbourhood (respecting social distancing of course) you might notice something new and interesting. Drawings and paintings are springing up all over the place, displayed on windows and doors. These images, created by children, show vibrant rainbows often with some positive and inspiring words like ‘be brave’, ‘stay safe’ or ‘spread the colour’.

They are a visual way of bringing hope when sadly there doesn’t appear to be much left. And when chats with your neighbours have simply become too risky, they communicate optimism to everyone who sees them, young or old, just by looking at them.

Rainbows have always been powerful visual symbols. The rainbow has been used in paintings to suggest the sublimity of nature or simply express feelings of joy and celebration. They have appeared on flags to represent everything from Basque nationalism to the Cooperative movement. From 1978 onwards they were most widely used to represent the LGBT (Lesbian, Gay, Bisexual, Transgender) movement. The different colour bands associated with recognising and celebrating diversity.

Significantly, rainbows are often seen after a rainstorm when the sun breaks through the clouds. This represents a powerful and important message; good things often follow the darkest storms. And to me, that seems to strike an important chord right now. These hand-made images actually do make a real impact. It’s reminded me just how powerful images and words can be, especially at a time when the ability to just ‘talk’ about things has been so badly compromised.

If your business or enterprise is planning to embark on significant changes (once we return to some form of normality), there’s a lesson here; you can talk about change but if you really want to make it real for people (both the internal and external stakeholders) and make that change tangible, showing that change (perhaps in the form of a new identity with new messaging) is the most powerful tool you will ever have. A visual symbol provides people with something to identify with and rally behind. It’s as simple as that.

When my daughter saw the rainbow images in our village she immediately set to work, creating her own version, which I’ve shown here. Images are powerful things. This current crisis has reminded me that sometimes showing, not just telling, can be more than enough. Stay safe.

Selling starts with a story – what’s yours?