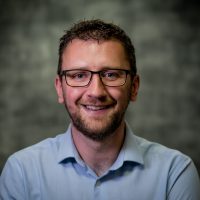 International B2B marketing specialist Fifth Ring is targeting further global growth after winning work with 11 new clients around the world in the space of a month – creating 11 jobs in the process.

The Aberdeen-headquartered agency, which has office locations in the Americas, Europe and Asia, offers a range of services including brand development, creative and web design, inbound marketing, lead generation and public and media relations.

The wins with clients in a variety of sectors – such as paints and coatings, energy, adhesives and technology – in countries including Norway, France, the United States, Germany, Singapore and China, total more than £250,000. The agency has also recently secured more than £100,000 of work in the domestic market.

The company, which was ranked as the highest performing Scottish agency in the B2B Marketing UK Agencies Benchmarking Report 2020, and named in the top 15 global B2B Marcomms Agencies category, is also in the midst of a recruitment drive to build on the success.

Fifth Ring founder and CEO Ian Ord said: “We are delighted to welcome on board new clients working in different industries around the world, as well as helping some long-standing clients grow further. These wins represent a significant display of trust in our people and the undoubted skills they possess, and we are looking forward to continuing to build on this success.

“I am particularly pleased with the business we have won from outside the verticals we have historically been strong in, which is further evidence of our international growth. We have ambitious plans to grow our offices around the world, and this success will play a crucial role in realising this vision.

“More work means more people, and we are delighted to have welcomed several new colleagues in each of our offices, and look forward to welcoming more new additions to the team in the months ahead.”

As well as helping organisations build their brands and sell more products and services through its traditional marketing services, the company has also welcomed three new clients to its emergency response service in Aberdeen.

Ian added: “Our emergency response service is recognised as one of the best in the industry, and we are delighted to grow it further and look forward to continuing on that upward trajectory.”

Along with new clients, the company has also welcomed Emergency Response Consultant Doug Allsop, who has joined from Jasmine Limited, where he was responsible for managing emergency response operations. Business Development Manager Debbie Bruce has also joined Fifth Ring from Energy Voice, where she spearheaded its commercial success and growth in the marketplace, while Account Manager Georgie Hay has made the move from Hampton. With more than 15 years’ experience in the energy sector, working as both a consultant and in-house, Chartered Engineer Helen Rorrison – who also holds a Master’s degree in digital marketing – has been appointed Head of Reach.

Ian said: “I’m delighted to welcome all of our new recruits, and look forward to them being part of the Fifth Ring success story and developing their careers with us.”